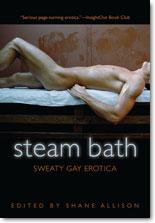 Shane Allison takes you and a tantalizing journey across through time and across continents to bring you some of the best hot and steamy stories from behind the doors of the Bathhouse.

Explore your kinky fantasies and live vicariously. Spark your lover’s interest in something new. Get warmed up for a night of male love. If you enjoy erotica, these sultry stories are sure to get your blood pumping.

Read for your self…

The Aqueducts by T. Hitman

Quintus stepped out of his sandals and let his robes drop. Soft fabric puddled at his feet. Steam kissed the sensitive points on his naked body – his throat and ears, his nipples, his cock, hanging erect without shame. Two of his Plebeian servants hovered close by, one with drink, the other a towel for his Patrician master. Quintus caught their glances, which normally should have stroked his arousal. Through their previous worship of his body, both men had proven themselves worth of rights denied to their societal class, though neither could hope for such privilege. In the days, perhaps the years to follow, Quintus sensed he would crave and even need their mouths upon his body in the absence of the one kissed he desired most.

Damon stood up, revealing he was naked sitting in the booth. he had a thick bush of black hair and a thick penis that appeared to be semi-erect. It rose up and down as Ryan’s eyes looked at it. “As you can see,” Damon spread his arms wide and thrust his pelvis forward, “we have nothing to hid. what can I do for you?

What I Am For by C.C. Williams

“The angle of his toel, slung low on one hip, left very little to the imagination. yet the extravagance of that packed indicated there was a grand and monumental treasure hidden beneath. Perhaps thirty, he looked Mediterranean: olive skin, dark curls and a muscular chest covered with a lush, sable pelt. I was interested – scared – but interest. My cock stirred beneath my towel. What to do next?

I didn’t care if we got caught or who saw us. All I could think about was sucking that dick. Jon pushed until his dick teased the rear of my throat. “Let’s hit the showers.” I started to get undressed, stepping out of my sandals, dropping out of my shorts and drawers, peeling off my shirt. I followed John to the showers; pearls of water peppered his ass. I couldn’t keep from looking at his taut booty. both of our dicks were bond hard. Warn shower water pelted our bodies. We wrapped our fingers around each other’s wet hard-ons.

Shane Allison is a rising star of gay erotica. His other anthologies include Back Draft, Hot Cops and Big Man on Campus. With this latest release published by Cleis Press, it’s obvious that Shane Allison is here to stay.

Stop by Cleis Press to pick your copy of Steam Bath today. While you’re their browse their wide selection of erotica and see what other fun books you may find. 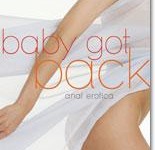 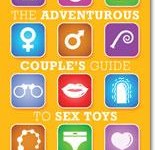 Navigate the Maze of Sex Toys with Violet Blue→ 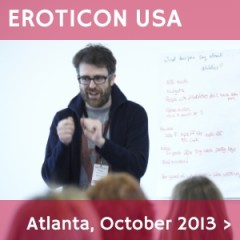